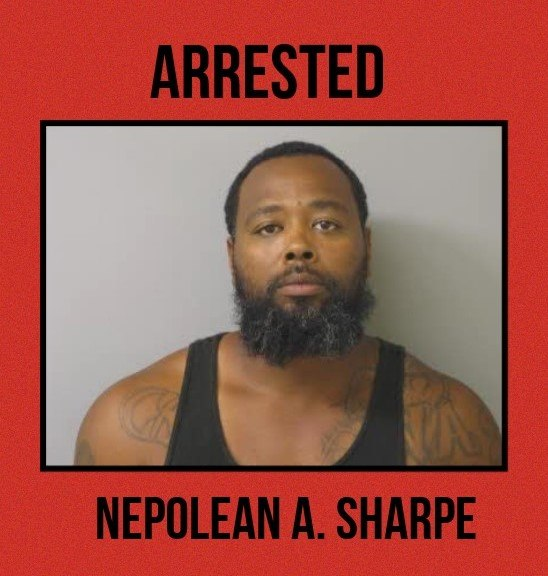 On Friday, February 22, 2019 at approximately 3:40PM, sheriff’s office  deputies engaged in a vehicle pursuit as it entered Westmoreland County  from King George County.  The pursuit was initiated by King George  County Sheriff’s Office as the result of a stolen vehicle out of  Stafford County.  The pursuit ended in the 4200 block of Leedstown Road  when the subject fled on foot from the vehicle and was immediately arrested.

Nepolean A. Sharpe, 39, has been charged with one count each of  Reckless Driving – Fail to Stop for School Bus with Flashing Lights,  Driving Suspended, Wearing Mask to Conceal Identity, Grand Larceny of  Vehicle, Assault/Batter on Law Enforcement Officer and Attempted Capital  Murder of Law Enforcement Officer.

Mr. Sharpe is being held with  No Bond in Rappahannock Regional Jail.  His first court apopearance is  scheduled for February 26, 2019 in Westmoreland County General District  Court.

The Maryland Transit Authority and the Virginia State Police assisted.