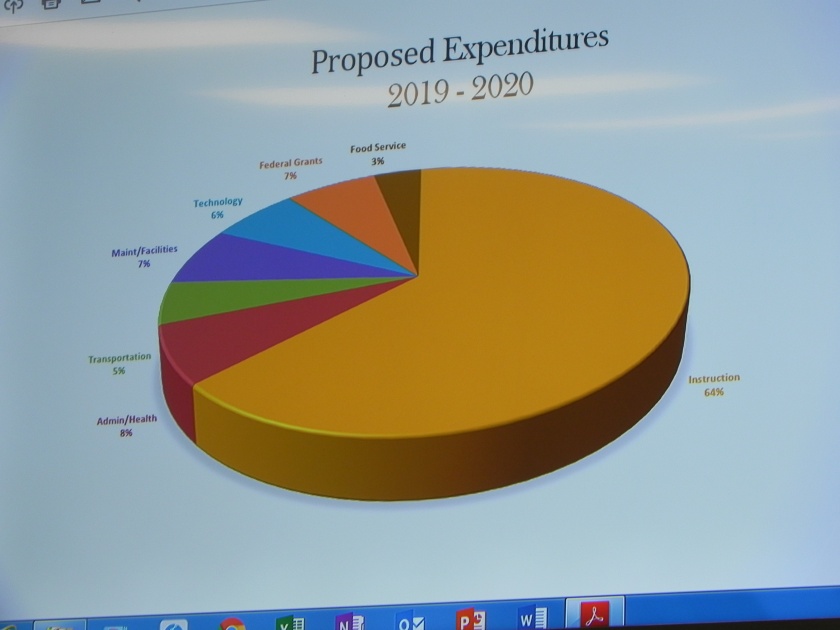 March 23, 2019 Linda Farneth - Creative Lindations C.B. News, Uncategorized Leave a comment
By Linda Farneth
In part one of this series we explored the funding sources for the school’s budget and projected amounts of money the school anticipates receiving from each of those sources.
Now we will look at proposed expenditures; which if approved, outlines where the money will be spent for school operations and how much will be spent in each area.
A School Board Budget Hearing is scheduled for March 27 beginning at 5:30 p.m. at the Town Meeting Center located at 22 Washington Ave in Colonial Beach Virginia.
Citizens will be allowed to publicly speak and state their concerns and/or share their approval or disapproval of the proposed budget.
Before looking at expenditures it is important to note that only a third or less of the school’s total budget is funded by local money. There are lots of other funding sources including state and federal funding that contribute to the overall revenue. Some of these funding sources are mandated by law to be used in certain areas…
Subscribe to get the full story